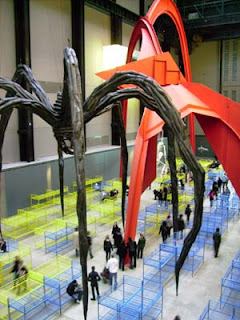 This installation in the Tate Modern by Dominique Gonzalez-Foerster was fantastic. I lay on the beds, looked at the books scattered on some, but most importantly watched the liveliness of the diverse people also walking around, trying out the beds and interacting with each other. The atmosphere was quite festive.

A large text in the turbine hall gave a context for the works:

Essay: October 2058 - Tate Modern - London
It rains incessantly in London – not a day, not an hour without rain, a deluge that has now lasted for years and changed the way people travel, their clothes, leisure activities, imagination and desires. They dream about infinitely dry deserts.
This continual watering has had a strange effect on urban sculptures. As well as erosion and rust, they have started to grow like giant, thirsty tropical plants, to become even more monumental. In order to hold this organic growth in check, it has been decided to store them in the Turbine Hall, surrounded by hundreds of bunks that shelter – day and night – refugees from the rain.
The list of sculptures (these were copies), books and films (shown on the back wall) is here and more info about the work is here. 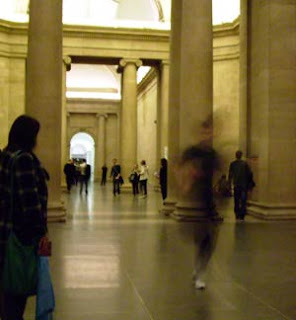 Next was Martin Creed's work in the Duveen Galleries in the Tate Britain.

Every 30 seconds someone ran at top speed through the galleries.
Here you see a shadowy figure of a runner.
More info about this work.

BP Exhibition: Drawn from the Collection consisted of rooms of drawings.

More info about this work. 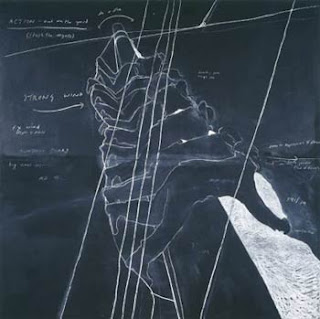 A highlight for me was a room of blackboard drawings by Tacita Dean. More info about this 1997 work: The Roaring Forties: Seven Boards in Seven Days is here

More info about the Drawn from the Collection exhibition. 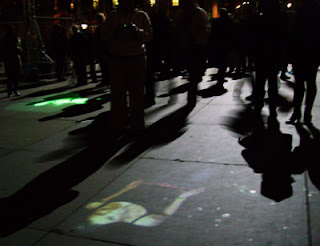 The bright projection light means that the projections are only visible in your shadows.
This work was first developed in 2005 and for this installation hundreds of video-portraits came from video portraits contributed by the public between the 19th + 21st of September at Tate Modern. The portraits were shot from above, as members of the public lie beneath a suspended camera. Each individual was free to represent themselves any way they wished.
See this page for more about this and other projects by Rafael


Then Molly and I went to the Royal Academy to the GSK Contemporary Spartacus Chetwynd's Helmut Newton Ladies Night‏.

There I encountered the multi-channel digital film installation Triangle of Need by Catherine Sullivan made in collaboration with Los Angeles-based composer Sean Griffin, Minneapolis-based choreographer Dylan Skybrook, and Lagos, Nigeria-based actor and director Kunle Afolayan.
It was breath-taking. More info about this is here.
The images accompanied by a music score and sounds are an unfolding of a complex set of ideas where three participants weave stories that touch on 'normalilty', class, wealth and poverty, and inequalities and injustices. 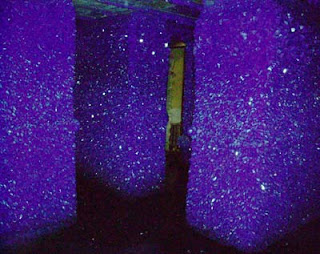 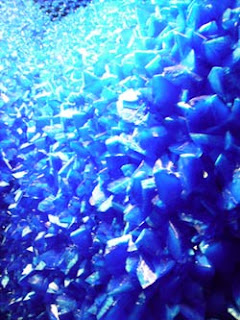 SEIZURE by Roger Hiorns is an Artangel commission in a housing estate in south London. The large crystals you see on all surfaces were made by filling the appartment to the brim with detergent and then draining the fluid out after it had catalyzed.
Posted by Sonja van Kerkhoff