We come in Peace - on hackers, media and gender

The 27th Chaos Communication Congress (27C3), an annual four-day conference organized by the Chaos Computer Club (CCC) starts tomorrow at the Berlin Congress Center and is one of the largest gatherings of hackers and proponents of open source technologies. These categories: community, culture, hacking, making, science, society say it all and here are links to the presentators as well as often a link to the material to being presented. The website is a wealth of knowledge!


A few randomly chosen presentations to wet your appetite:

Safety on the Open Sea - Safe navigation with the aid of an open sea chart.

A Critical Overview of 10 years of Privacy Enhancing Technologies

DIY synthesizers and sound generators - Where does the sound come from?

They also promote those around unable to attend to gather and join the conference remotely in what they have called Peace Missions, which reminded me of a conference I attended remotely earlier this year: 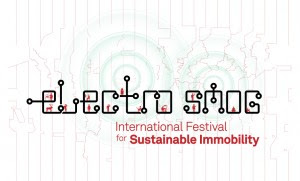 ElectroSmog << this links to some info about this on de balie website because their actual website is a killer for those with slow connections or on mobile devices.
Even on a large computer screen as I have here: I need to first click away the screen filling popup, and then scroll down past another screen-filling image before I reach any links or content (don't get me started on the usability of this website!) - scroll past all this, click around, and yes there are some interesting articles especially the stuff at the Distance Lab run by Stefan Agamonolis (see a presentation I did on a thesis of his on design for interactive media).

And the conference itself? ...(sigh)... At the time I was going to write a critique of the conference because it was dominated by a few men sitting in a room in Amsterdam - where some men flew over from London. I am so glad I stayed at home (Amsterdam is half an hour north by train). First I wanted to respect the ethos of the conference, that participants don't use up carbon in travel, and second, I found it much better to feel on equal (as much as one can be 'equal' in terms of bandwidth access) with others around the world who hadn't travelled to Amsterdam. The conference was all bad, (I always learn something), but it didn't live up to what it claimed it was abou. It was a real buzz communicating with Zita in Christchurch and Julian and others on a waka in the middle of the Whanganui river! See some fabulous photos of waka.wireless here

Admittedly the female-male ratio of presentations at ccc is no better than was at Electrosmog but access seems freer and the diversity, well there's no comparision of course, it is completely different set-up.

However great things are happening in media worlds such as WikiLeaks (watch this fabulous documentary produced by a Swedish film company (scroll to 25 mins to the Iraqi footage and you will never doubt the important of freedom of open documentation + it raises big issues on secrecy and accountability. I do think that Bradley Manning is a hero (see 23mins into the documentary) and here you can see why OpenLeaks started (at 29:22 mins into the documentary). The documentary stops suddenly and you can watch the final part here (6:03 starts at where the previous one stopped.)
It is great that there's no real squabble here, WikiLeaks takes the strategy of using the media for greater impact on the world, and OpenLeaks works more on the quiet.

And in my own backyard
there's Genderchangers
and the ECT conferences and gatherings,
both run by
and for the fairer sex:)
Posted by Sonja van Kerkhoff