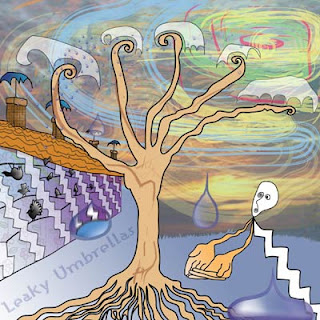 I received an invitation to announce The Ada Lovelace Day, an international day of blogging to draw attention to women excelling in technology. Find out more at findingada.com.

For me personally, this is easy, since I'm so obsessed about technology myself, but recently I was invited to give a paper at a conference in Bremen on gender and ICT and there I met many amazing women from Costa Rica to the Philippines and quite a large number of women came from Scandanavia. In the spirit of openness that I'd like to think is a feminine characteristic (yes, men have this quality too :) most papers can be read or downloaded here. And so this blog is dedicated not only to those who organized this conference but to all (the men as well! - feminisim works to address gender imbalance afterall) who attended and participated in the
5th European Symposium on Gender & ICT
"Digital Cultures: Participation - Empowerment - Diversity"
University of Bremen, Germany, March 5 - 7, 2009

Now you might ask about the connection this image has with all of this. This is a reworking of a design for Kath Tait's song "Leaky Umbrellas" I recently submitted for a London show on artworks inspired by music. Made using photoshop and illustrator and a rather old mouse (I still haven't gotten around to using a pen) on my trusty computer, Huianui. Yes in our household we personalize our computers!

In making the pledge to mention some women involved in technology, I came across the pledge for praising those over 40. Being over 40 myself, well that's easy too :) Actually 40 seems so young since I'm closer to 50, but there's a lot of good work being done by us over 40 year olds. Here's a link to Kath's music as one example:

And I had a look at some of the responses to the Ada Lovelace Day.

See Suw Charman-Anderson's blog about why she created this pledge.
UK artist, designer, educationalist, Christine Wilks made a flash animation, Binary Kitten (who's blog has some interesting links) posted about LornaJane one of the women in PHP women, which I must check out, since PHP is something I would like to get at. Roxanne wrote about Sandra Lerner, co-founder Cisco Systems and mentioned a number of other contemporary woman involved in technologies. Nice it was about someone living, Ada Lovelace, one of the world’s first computer programmers, died at the age of 36 in 1856. I loved bone's blog on Laurie Anderson.
And if you want more the list of blogs is here.
Posted by Sonja van Kerkhoff