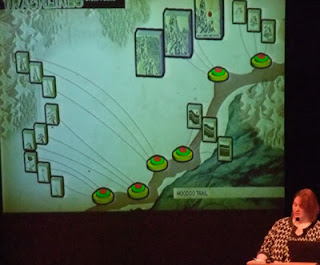 I attended this on March 19th 2009
It was a day of lectures and discussion organized by the Waag Society, the Virtual Knowledge Studio (KNAW) and the Centre for Arts & Genomics Leiden at the De Balie in Amsterdam.

Dutch trains are usually punctual but this time not, so Amalia and I arrived a half hour later than planned and so missed the beginning of Suzanne's talk. 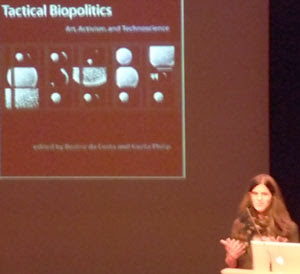 I'd heard about the Art Mobile Lab from Angus who I met in NZ in February and did a residency at Banff in 1998, so wanted to meet the new director.


Next Beatriz da Costa spoke about PigeonBlog which equips urban homing pigeons with GPS enabled electronic air pollution sensing devices capable of sending real-time location based air pollution and image data to an online mapping/blogging environment. I'd heard her talk about this at Mediamatic about a year ago but what was new was her mention of her book Tactical Biopolitics: Art, Activism, and Technoscience. 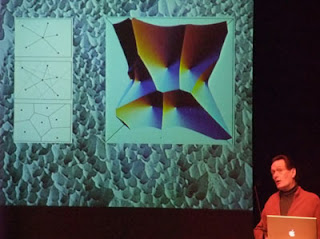 >> Martin Kemp discussed some of his articles from his 2006 book, Seen and Unseen
Posted by Sonja van Kerkhoff