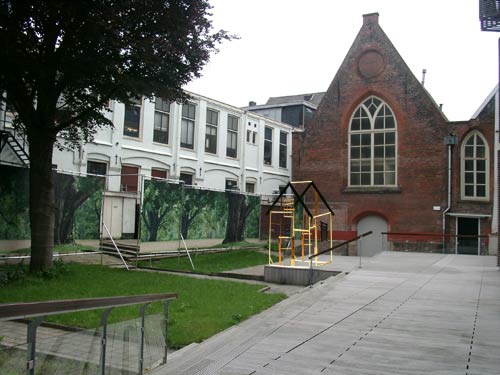 12 June 2012: Change of plans now. We cannot build around the tree as planned so we chose to mimic the forms of some of the 15th century houses in the courtyard instead. What you see in the photo here is a church building from the 16th century. All going well we can start putting it together on Friday. 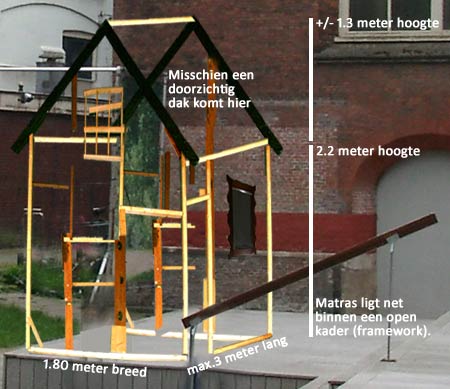